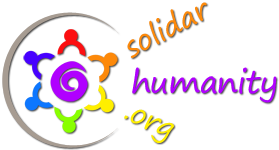 Jacques Albohair, Swiss and French, 65 years old, is the founder and animator of the Solidarhumanity project and executive director in charge of projects of Ushagram Suisse, a non-profit NGO founded in 1999 in Geneva, Switzerland. At Ushagram, he volunteers and raises projects for Syrian refugees in Lebanon. In Ushagram, he was previously involved in the development of indigenous people from India and refugees from Bangladesh in West Bengal.

Self-taught, Jacques served the last years of his professional career in prestigious organisations such as the ICRC in Geneva (International Committee of the Red Cross) and MSF-Switzerland (Médecins sans Frontières). Within the ICRC, his role has been to improve the service of delegate mobility between missions in operation sites. At MSF Switzerland, he was one of the internal information officers of the organisation. He implemented the new version of the organisation’s intranet, developing a social networking feature specific to the organisation’s members and employees around the world.

Previously, he worked for ten years, as a program officer for the Henry Dunant University College (CUHD) in Geneva, formerly “Summer University of Human Rights”, a french-spanish-speaking NGO dedicated to the training in economic, social and cultural rights of indigenous peoples of Latin America and Africa, of members of civil society, as well as of national and international government officials. During this same period, he was also appreciated as consultant to the OIDEL(International Organisation for the Right to Education and Freedom of Teaching).

He was project manager at Caritas Geneva and worked for the Liaison Program of the NGO Group for the Convention on the Rights of the Child. Within this NGO, he has represented the organisation in lobbying countries submitting their annual reports to the UN Committee on the Rights of the Child. He was the author of the first comparative study between State Resolutions and the Concluding Observations of that Committee. This pioneering work has strengthened the language used in Country Resolutions on children’s issues.

He was also a rural development advisor for Ushagram Switzerland, of which he later became the director. His skills in this field have developped through his more than a decade of experience in the field of rural development in India. For almost 20 years, his activities in setting up and monitoring Ushagram Switzerland’s projects and fundraising have been conducted on a voluntary basis, during his spare time, outside of his professional activities.

Among other activities, he has been a service provider for various NGOs in Geneva in the fields of project management, coaching and IT, was the creator of a fair trade business in Geneva active in the import of handicrafts from India and resale within the network of Swiss World-shops; he has also been a teacher of both languages and computer science in vocational schools in Switzerland.

His teaching activity also covered the spiritual realm. Having indeed devoted more than 20 years since his teenage to the study of yoga, Indian wisdoms, Sanskrit, he has for more than two decades been teaching in various European countries as an Indianist. Multilingual, he gave hundreds of lectures and workshops in the languages of the countries he visited regularly.

Jacques, now retired, is currently working on the Solidarhumanity project, which represents the synthesis of his research and activities during half a century.